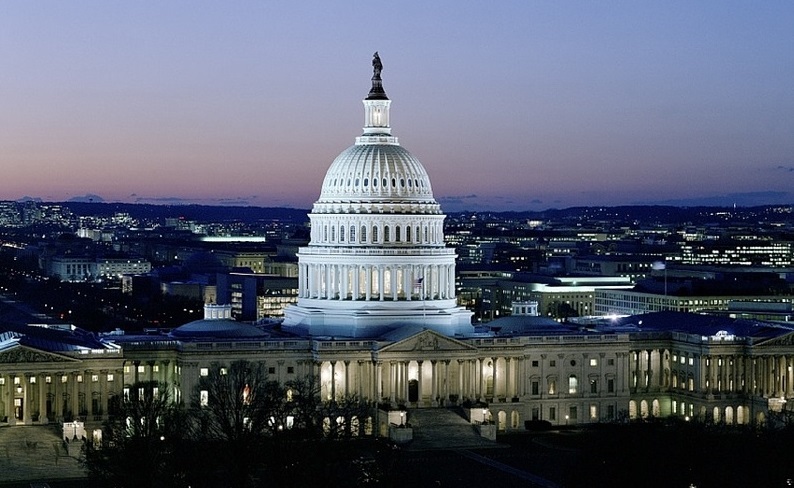 4 Things You Should Know About The Midterms

I present you with two quotes:

“Democracy is the form of government in which the free are rulers.” – Aristotle

“I tell you, all politics is applesauce.” – Will Rogers

Whichever quote best describes your attitude about the upcoming election, the fact remains that on November 6, we have an opportunity to perform our civic duty as citizens of a free country.  So whatever party you belong to or opinions you hold, I hope you’re able to carve out time to vote!

Now, onto what this letter is really about.

With the midterms right around the corner, many clients have been asking me what the elections could mean for the markets.  So, without further ado, here are four things you should know about the relationship between midterms and markets.

Typically, the markets have not fared well leading up to a midterm-election.  In fact, according to one study, the S&P 500 averages a 19% decline in the months before a midterm!1 While the S&P isn’t down as much as 19%, as of this writing, the S&P is still up slightly for 2018 at +1.43%3; despite October being a difficult month in all of the stock markets. For instance, the S&P dropped -6.94% during October, with the NASDAQ and Dow Jones followed suit with losses of -9.20% and -5.07% respectively.3

Of course, there are many reasons why the markets rise and fall.  But one possible explanation for this trend is because elections are always preceded by uncertainty.  Which party will control Congress?  What new policies can we expect?  What old policies will be rolled back?  How will it all affect our taxes, healthcare, industries, and budget?  Pundits earn their living by making predictions, but the fact is, no one knows what the future will bring until the future becomes the present.

The markets, of course, are allergic to uncertainty.  It’s the driving force behind many a market pullback.  And with so much uncertainty before a midterm election, it’s not surprising the markets would struggle.

On the other hand, the S&P 500 usually climbs an average of 31% in the year after a midterm.1 Again, it sort of makes sense if you think about it.  After an election, uncertainty begins to fade as we gain a better idea of who is in power and what their agenda will be.  In fact, the markets often rally after a midterm election.  (The upcoming holiday season likely also plays a role.)

Whether you’re a passionate conservative, devoted liberal, or something in between, the fact is that the markets aren’t as partisan as people.

Talking heads can argue till the cows come home about which party is better for the markets, but I’m not going to get into that here.  (It’s not like you need another political pundit in your life!)  History shows that, while some years rise higher than others, the markets tend to rise after an election no matter which party is in power.

The reason for this is simple.  While politics certainly play a role, the markets are affected by many things – and Washington is not at the top of the list.  Corporate earnings.  Supply and demand.  Interest rates.  Inflation.  Housing prices.  Employment.  I could go on.  And while it’s true that the government has an influence on many of those things, the government does not dictate the daily rhythm of the markets.

If you think about it, the markets are sort like our own bodies.  Our health is determined by what we eat, how much we exercise and sleep, air quality, personal hygiene, vaccinations – and of course, by things we can’t control, like our own genes.  In this case, politics are to the markets what brushing your teeth is to your overall health.  Both very important, but not always the difference between life or death.

As I mentioned earlier, the S&P 500 usually rises after an election.  That’s been true regardless of which party is in the White House or controls Congress.  Where we see the biggest difference is in whether the government is united or not.  The markets tend to do the best when either party controls both Congress and the White House.  It’s not hard to understand why – such an occasion would result in the least uncertainty.

When the two parties divvy up the government?  That’s when more uncertainty – and more gridlock – sets in.

Just because the markets tend to do well in the months after a midterm doesn’t necessarily mean they will this time.

In this case, there are some possible election outcomes that could conceivably impact the markets more than others.

Republicans control both chambers of Congress

If this happens, it’s possible Congress will try to extend – and possibly expand – last year’s tax cuts.  Decreased regulation is also likely, and they may even take another shot at striking down the Affordable Care Act (aka Obamacare).

The markets soared to never-before-seen heights after President Trump’s election, largely due to tax cuts and deregulation, so it’s possible this outcome could bump Wall Street even higher.  On the other hand, both interest rates and our nation’s deficit are getting higher, too, so even a Republican-dominated Congress might decide to avoid any further economic stimulus.

In this scenario, Democrats may well try to roll back some of President Trump’s agenda, just as any opposition party does.  And since Democrats may also decide to expand the current Trump-Russia investigation, this outcome would certainly bring a lot of uncertainty.  That could conceivably have at least a short-term impact on the markets.  But again, history shows that the markets do well no matter which party “wins” a midterm election.

Democrats control the House, while Republicans retain the Senate

According to pollsters, this is the most likely outcome.  Should it happen, it will likely mean that neither side really gets what they want.  President Trump and Republicans will be hard-pressed to advance their agenda, while Democrats will be unable to change much of what has already been done.  The result?  Gridlock- something most Americans are familiar with at this point.

Should this happen, Washington’s impact on the markets, positive or negative, may be minimal.

No matter how many political signs you put on your front lawn, no matter if you still have an Obama “Hope” sticker on your car or a Trump “Make America Great” hat on your head, you should never make financial decisions based on politics.

This is especially true when it comes to your investments.  Choosing whether to buy or sell based on who you think will win an election is the opposite of having an investment strategy.  It’s investment speculation.  And given how passionate many of us are about politics, it can severely color our thinking.  How many people missed out on one of the longest bull markets ever because they disliked President Obama?  How many people missed out on the “Trump Bump” because they disliked President Trump?

It’s true that midterms can impact the markets.  But that doesn’t mean we should change or abandon our strategy.  Make no mistake: This is an important time of year.  It’s a time when we, the people, get to decide the direction of our country, state, and local communities.

But it’s not the time for changing the direction you take toward your financial goals.

On behalf of everyone at 360 Financial, have a safe and stress-free election day!