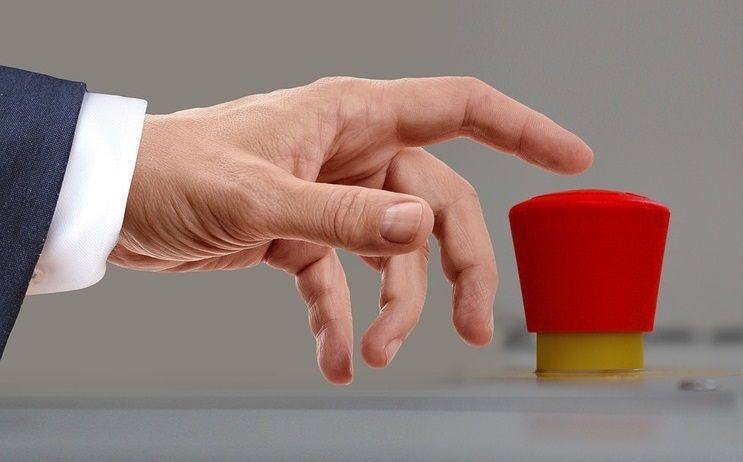 7 Things to Know About the USA-China Trade Dispute

The headlines are filled with rumors of a trade war between the United States and China.

You’ve probably heard by now that both nations have announced tariffs on many of each other’s goods. This has many economists concerned about a trade war. A trade war, in case you’re not familiar with the term, is “an economic conflict in which countries impose import restrictions on each other in order to harm each other’s trade.”

In response, the markets are doing their best impression of a see-saw – falling and then rising again. Because this story probably won’t go away any time soon, let’s break it down.

ONE: The U.S. has announced tariffs on almost $50 billion in Chinese exports.1

The list, which stretches to over 1300 items, includes goods like medical equipment, chemicals, televisions, and automobile parts.1 This is on top of an earlier spate of tariffs on Chinese steel and aluminum. However, many of the most commonly-used goods Americans use, like shoes, clothing, and phones, are not included.

TWO: China has retaliated with tariffs of their own.

On April 4, China announced plans to levy a 25% tariff on roughly $50 billion worth of American goods.1 This includes airplanes, cars, soybeans, and other vegetables. Earlier, China had already declared tariffs on $3 billion worth of agricultural exports, like fruit, nuts, and pork.

THREE: The two countries aren’t actually in a trade war – yet.

Notice how often I’ve used the word “announced”? As of this writing, none of these tariffs have gone into effect yet. The U.S. intends to hold public hearings sometime in May and has 180 days after that to decide whether to go through with the tariffs.2 China, meanwhile, has avoided mentioning any specific dates. It’s possible both sides are hoping to engage in talks before the tariffs are in place. If successful, there’s a chance the tariffs never will.

That said, there are signs that the situation is already escalating. On March 30, President Trump released a statement saying, “In light of China’s unfair retaliation, I have instructed the United States Trade Representative to consider whether $100 billion of additional tariffs would be appropriate.”3

To put it simply, a trade war has been declared, but the “fighting” hasn’t started yet.

It’s safe to say neither country wants a trade war – hence the delay. But that doesn’t mean negotiations will be simple or easy.

The issue, at least from the U.S. administration’s standpoint, is a $375 billion trade deficit2 with China, which many see as being due to unfair or even illegal trade practices. China has a long history of forcing American companies to share their technology in order to do business there. In some cases, Chinese companies are alleged to have outright stolen American intellectual property. The administration believes that tariffs will stop these practices and reduce the deficit.

China, of course, doesn’t see it the same way. The Brookings Institution, a well-known think tank, describes it like this:

“From Beijing’s perspective, the U.S.-China trade imbalance is a result of many factors—automation, evolving global supply chains, increased competitiveness of Chinese firms, the Federal Reserve’s normalization of interest rates, and the Congress’s deficit-increasing tax cuts. Because the trade balance is the difference between savings and investment, Beijing also views U.S. fiscal and monetary decisions as contributing to America’s overall trade deficit—including with China.” 4

Overcoming this basic difference in opinion will probably need to happen before the two countries can strike a new deal.

Again, we’re not yet in a trade war. But should these tariffs go through, history suggests it will have an impact on the markets.

Tariffs are a tax on imported goods and services. They essentially make it costlier and more difficult to import certain things, like metals, foodstuffs, consumer products, and so on. That can be a major boon to industries that produce those same things because it forces consumers to buy domestically. On the other hand, China’s tariffs could make it harder for U.S. companies to sell their own goods. For those companies that do a lot of business in China, this can have a major effect on their bottom line. As a result, some companies’ stock price could suffer.

SIX: …and market volatility is likely to continue.

To give you an example, April 4th. When the markets opened, the news out of China caused the Dow to drop 510 points. But the Dow rallied later in the day, ending up 300 points.5 On the other hand, the markets fell again on Friday, April 6th, shortly after President Trump announced he was considering an additional $100 billion in tariffs. At one point, the Dow slid over 700 points6.

While a trade war can be unsettling for investors, it’s important to remember that the day-to-day movement of the markets is based on many factors. Trade is only one of these. The overall economy is still doing well, unemployment remains low, corporate earnings continue to be solid – you get the idea.

The point is, the U.S.-China trade dispute is important, but not the be-all and end-all. It’s something to keep an eye on, but not something to overreact to. If history is any judge, there will be a lot more twists and turns to this story. A lot can change over the next few weeks and months.

SEVEN: This is an opportunity to practice discipline.

The markets are in the habit of jumping at the slightest sound – but we’re not. We rely on the news to stay informed and up-to-date, but not to dictate our every decision.

As financial advisors, we can’t tell you what President Trump will do, or what China will do, or whether a trade war will happen. we can say that we’ll keep seeing a lot of headlines on this. Remember the see-saw metaphor? As the situation develops, it’s not unlikely the markets will continue to rise and fall as investors digest the news coming out of Washington. For that reason, it’s wise to expect more volatility – but let’s bear in mind that volatility doesn’t equal catastrophe.

All this means we have a wonderful opportunity to practice discipline. To avoid getting caught up in the day-to-day. To not let headlines – and the emotions they evoke – control us. The more we do this, the more we’ll keep moving toward our goals.