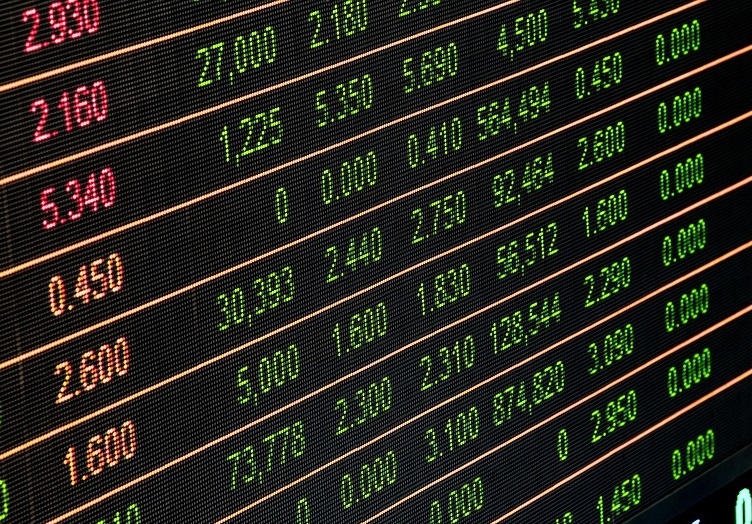 “A player surprised is a player half-beaten.” – Chess Proverb

The World Chess Championship is currently being played in London, and for the first time in decades, an American could be crowned as champion.

But this isn’t really about chess. It’s actually about the markets.

You see, there are some interesting similarities between the markets and one of the oldest games in the world. In this modern age, the best chess players rely on supercomputers, teams of analysts, and endless hours of preparation to get ahead. Thanks to technology, players can calculate more possibilities and outcomes than ever before.

Despite all that, chess games can unfold in thousands of ways – and a player can go from winning to losing in the space of a single move.

If you think about it, the markets function this way, too. Banks, hedge funds, and investment firms all rely on supercomputers, data, and teams of analysts to forecast which way the markets will go. But despite this, the markets often move in ways that defy even the smartest of analysts or most sophisticated of machines. In some cases, one piece of new information can cause the markets to rise or fall.

Thanks to computers, we can track who’s winning a chess game in real time. White may make a certain move, and the computer thinks they have a decided advantage. Black responds and either equalizes or makes their position worse. Something similar happens to the markets. A large corporation reports higher than expected earnings, and the markets go up. Then, the government reports that job growth is lower than expected, and the markets fall. You get the idea.

When a lot of these swings happen over a period of time, we call it market volatility.

So, why am I saying all this? Because we are in a period of market volatility right now. With the midterm elections over, there are many possible moves our economy could make that might swing the markets one way or another.

In chess, one of the worst things that can happen to a player is being caught by surprise. That’s when they’re most likely to commit a major mistake, or blunder. The same is true in investing. We expect the markets to rise and fall. It’s when an investor is caught unawares that it truly hurts.

Just as no player can control exactly how a game of chess will go, we can’t control which way the markets will go. But we can take steps to ensure we don’t get surprised. So, let’s quickly cover some of the major moves we could see over the next few months, and how they could impact the markets.

The S&P 500 usually climbs an average of 31% in the year after a midterm.1 That’s because, after an election, uncertainty fades as we gain a better idea of who’s in power and what their agenda will be.

In this case, Democrats took control of the House, while Republicans retained the Senate. When this happens, we usually see something called congressional gridlock. When two parties that are diametrically opposed to each other share power, they rarely agree on much, so not much changes. This type of gridlock can be frustrating, but the markets often prefer it.

With this move, we may well see the markets go up.

Black responds with “uncertainty about congressional investigations and a little gridlock of their own.”

We mentioned that the markets usually go up after a midterm as uncertainty fades. That may not be the case this time around. That’s because there’s a lot of uncertainty still surrounding Washington. The House of Representatives is where much of Congress’ investigative power rests, and you can bet that Democrats will continue – and perhaps widen – ongoing investigations into President Trump’s campaign and other alleged scandals. The resulting uncertainty could prey on many investors’ minds.

Then, too, despite the perception that gridlock is good for the markets, historical data doesn’t always bear that out. In fact, “in the five previous congressional sessions since 1901 in which Republicans controlled the White House and the Senate while Democrats controlled the House, the annualized return [for the Dow Jones Industrial Average] has been a loss of 1.69%.”2

As you know, past performance is no guarantee of future results. But it does suggest that we probably shouldn’t get too excited about gridlock.

White counters with the holiday season and, yes, more history.

As I said above, uncertainty about congressional investigations could hamper the markets – in theory. But that may not necessarily be true. Remember Bill Clinton’s impeachment back in the 1990s? There was a lot of uncertainty then – but the markets performed just fine anyway.

The markets may also benefit from the holiday season. Black Friday, Cyber Monday, and all the shopping days that come after transform this time of year into a winter wonderland for retailers. To put it simply, more sales means more profits. More profits mean happier investors.

Of course, this all depends upon people actually buying things this holiday season. While corporate profits often go up before Christmas, people are sometimes stingier with their wallets than expected.

Ouch! Black’s move is potentially a deadly one, laced with many possible implications. Upon seeing the move, the spectators lean forward. Eyebrows are raised. Breaths are held. A hush falls over the audience. The computer analyzing the game whirs. This may be the pivotal moment.

Okay, it’s not that dramatic. But many analysts and pundits are, in fact, waiting with bated breath to see how all these factors play out.

Let’s start with interest rates. As the economy has improved, the Federal Reserve has slowly raised rates to protect against inflation. Another rate hike is expected before the end of the year. But rising interest rates tend to spook investors. That’s because higher rates make borrowing more expensive for businesses, prompting them to cut back on spending. Less spending for businesses means less investment, less expansion – and less growth. And when investors think a company isn’t growing, they tend not to invest in that company. For this reason, interest rates will be a major story moving forward.

Many investors are also concerned about corporate earnings. Earnings have largely been strong in 2018, but that just means the bar is higher in 2019. If corporations struggle to reach or exceed that bar, which creates a narrative that they’re struggling. And if there’s one thing we know to be true, it’s that narratives heavily affect the markets.

And finally, there’s the trade war. To date, the U.S. has imposed tariffs on over 10,000 Chinese products. China, of course, has retaliated with tariffs of their own.

To date, this trade war hasn’t been a catastrophe for the markets. But again, uncertainty is the real factor here. If both countries continue to tax each other’s products, that could cause some very real pain for both economies. It’s a kind of “Sword of Damocles” hanging over the stock market’s head – and it probably won’t go away anytime soon.

Exhausted, both White and Black finally agree to a draw.

A lot of investors don’t realize this, but market volatility is not the same thing as a bear market. It simply means a wide variety of trading prices over a period of time. As you can see, there are a lot of moves that can – and probably will – affect the markets in 2019. Some are positive, some aren’t. Put them all together, and the most likely outcome may not be a rising market or a falling market – only a volatile market. (Just like in chess, where most top-level games end in draws.)

In chess, players strive most to avoid being taken by surprise. That’s what we’re trying to do here. Now you know the potential moves that can be played, so whatever happens, you won’t be caught unawares.

The World Chess Championship is not a single game, but a series of games played over an entire month. It’s a marathon, not a sprint. And despite momentum shifting back and forth, the contestants are trained to stick to their long-term strategy. As 2018 winds down, and a new year approaches, that’s what we’ll do, too. We’ll continue making long-term decisions based on your goals and your risk tolerance rather than overreacting to short-term moves. After all, as the chess Grandmaster Savielly Tartakower once said:

“To avoid losing a piece, many a player has lost the game.”