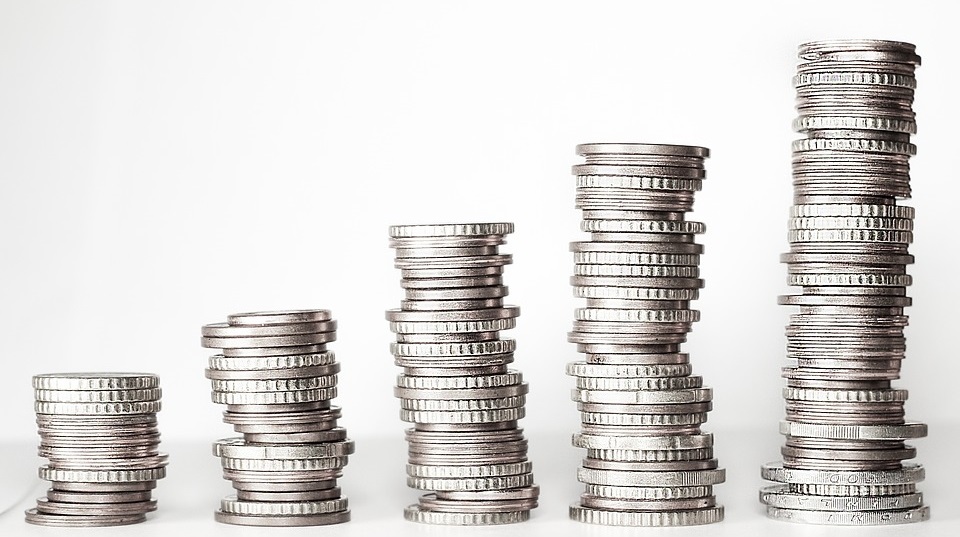 What President Trump's Tariff Means for YOU

March 08, 2018
Share |
Please open your economic textbooks to page forty-seven, class, because it's time to talk about something you probably haven't thought of since college: tariffs.
On Thursday, March 1, President Trump announced a new plan to institute a 25% tariff on steel imports and a 10% tariff on aluminum. Like so many things these days, the response was radically different depending on who you talk to. More on that in a moment.
Traditionally, tariffs are something most of us don't have to think about, especially as tariff levels in the United States have been low for decades. But for investors, President Trump's announcement has the potential be very significant. Why? Because of the possibility that it could spark a trade war.
Should a trade war actually happen, it could have a major impact on investors. To understand why, let's have a short Q&A session.
What are tariffs and why do they matter?
Since it's probably been a while since your Economics 101 class, let's quickly cover a few basics.
To put it simply, a tariff is essentially a tax on imported goods and services. Tariffs can be levied on almost anything: metals, foodstuffs, products, etc. Historically, tariffs are most commonly used when a country wants to protect certain industries within its own borders. For example, the Tariff Act of 1930 was designed to protect farmers by increasing the cost of importing agricultural products. By making it more expensive to import crops from other countries, people would be forced to buy mainly from American farmers. This is known as protectionism.
Once upon a time, tariffs in the United States were both high and common. But after World War II, average tariff rates dropped significantly, and have stayed low ever since. In fact, since the 1970s, the average tariff rate on imports has been well under 10%.
So are tariffs good or bad?
Remember how we said the response to President Trump's announcement was radically different depending on who you talk to? That's because a tariff's effects can vary wildly, too.
Tariffs can bring two major benefits:
1. Because tariffs are a kind of tax, they can bring more revenue to the government.
2. Tariffs, and protectionism in general, can be a major boon to certain industries - including the workers within those industries. In this case, the U.S. steel industry would benefit from a 20% tariff on steel, because it means more people are buying from them instead of their competitors overseas.
You can see why the idea of tariffs can be attractive for many people.
Unfortunately, tariffs can also cause some very negative side effects.
Specifically:
1. Tariffs can make life more difficult for consumers, whether they be individuals, families, or businesses. That's because higher tariffs often lead to higher prices, which in turn lead to higher expenses. For example, if companies must pay more for the steel they need, that could significantly eat into their own profits.
2. Higher tariffs can lead to trade wars.
Okay, so what is a trade war, anyway?
We live in a global, interconnected world. Toss a stone into the water off one shore and the ripples can be seen near another. In this case, higher tariffs can cause some very large ripples.

When one country raises tariffs on a certain kind of product, other countries that depend on exporting that product won't take to it kindly. As a result, those countries might retaliate by increasing tariffs on their imports, thereby harming the first country. Before you know it, tariffs become weaponized and a trade war breaks out.
Trade wars are risky things, because they can quickly jump from industry to industry. Let's take the current situation as an example.
After President Trump announced his plan to raise tariffs on steel and aluminum, the European Union threatened to do the same to U.S. imports - everything from motorcycles to bourbon to bluejeans. Other countries like Japan and Canada, which are both major steel producers and important trading partners, have threatened similar measures. Should all this happen, the currents of international trade will quickly become choked. That would lead to higher prices on manygoods and services, which in turn would lead to lower profits, higher costs of living, and even - potentially - higher unemployment.
Should all those things happen, the markets will surely suffer. As an investor, you don't need me to tell you what that means.
So why did President Trump decide to raise tariffs?
For decades, the United States has seen a worsening trade deficit with many countries. In other words, we pay more for importing their goods than they do for ours. According to the Wall Street Journal, the U.S. "ran a global goods deficit of $810 billion" in 2017. One of the president's most long-standing campaign promises was to address that deficit. It appears that tariffs, along with renegotiating certain trade agreements, like NAFTA, are his tool of choice.
Geopolitical economics is a loaded topic, and there's a lot of disagreement out there about causes and effects. Again, tariffs can unquestionably bring lots of advantages, and there's no question the United States is on the lower end of a trade imbalance with many countries.
At the same time, there's also no question that Trump's announcement has spooked both the markets and the global economy. The Dow fell more than 400 points on the day of the announcement, and continued to fall the next day. Many world leaders have already warned about a trade war being a very real possibility. Even many Congressmen in President Trump's own party have spoken out against the prospect of higher tariffs. This isn't surprising, because the Republican party - or at least a large percentage of it - has traditionally been very much in favor of free trade.
As we're not economists, it's not really our place to decide whether protectionism is good or bad. It's worth noting, however, that a trade war did break out the last time the U.S. raised tariff rates this high.

The Tariff Act of 1930, or Smoot-Hawley Tariff Act, raised tariff rates to their second highest level in U.S. history. These days, economists generally agree that the resulting trade war worsened the Great Depression. (What no one seems to agree on, though, is by how much.) On the other hand, the United States is in a very different position in 2018 than it was in 1930. Back then, the Great Depression had long-since started. These days, our economy is much stronger. That makes it hard to predict how hard a trade war will hit.

What happens now?
There are still so many things we don't know. For instance, we don't know if President Trump will actually go through with his plan. If he does, we don't know if the tariffs will apply across the board, or if they'll only be levied against certain countries. (This is something many of his advisers are recommending. If our closest allies are exempted, then the effects of a trade war would likely be
minimized.) And we don't know what other nations will do in response.
What we do know is that the possibility of a trade war can have a substantial impact on the economy and the markets.
At the moment, we don't believe we need to take any action. Back in February, the markets took a hit due to the threat of inflation and rising interest rates - and then recovered. While the markets dipped slightly in response to President Trump's announcement, it's far too early to make any changes to your portfolio.
However, this is why our advisors and the 360 Team keep such a close eye on what's going on in the world. Part of our job is to keep our clients informed of any ripples in the water so that you always stay afloat. It's impossible for us to say what's going to happen next, but we can tell you this: We'll always be here keeping our hands on the tiller.